It's OK to mention God in movies

By Mike Haynes
My wife, Kathy, and I keep up with the movies. As a married couple with no kids, one of our routines for years has been almost weekly trips to the theater with her mom, Peggy.
I read reviews at rogerebert.com and look at cast lists at imdb.com, and we rarely miss watching the Oscars.
So I can’t resist following up last month’s column about Christian movies by recommending yet another one. 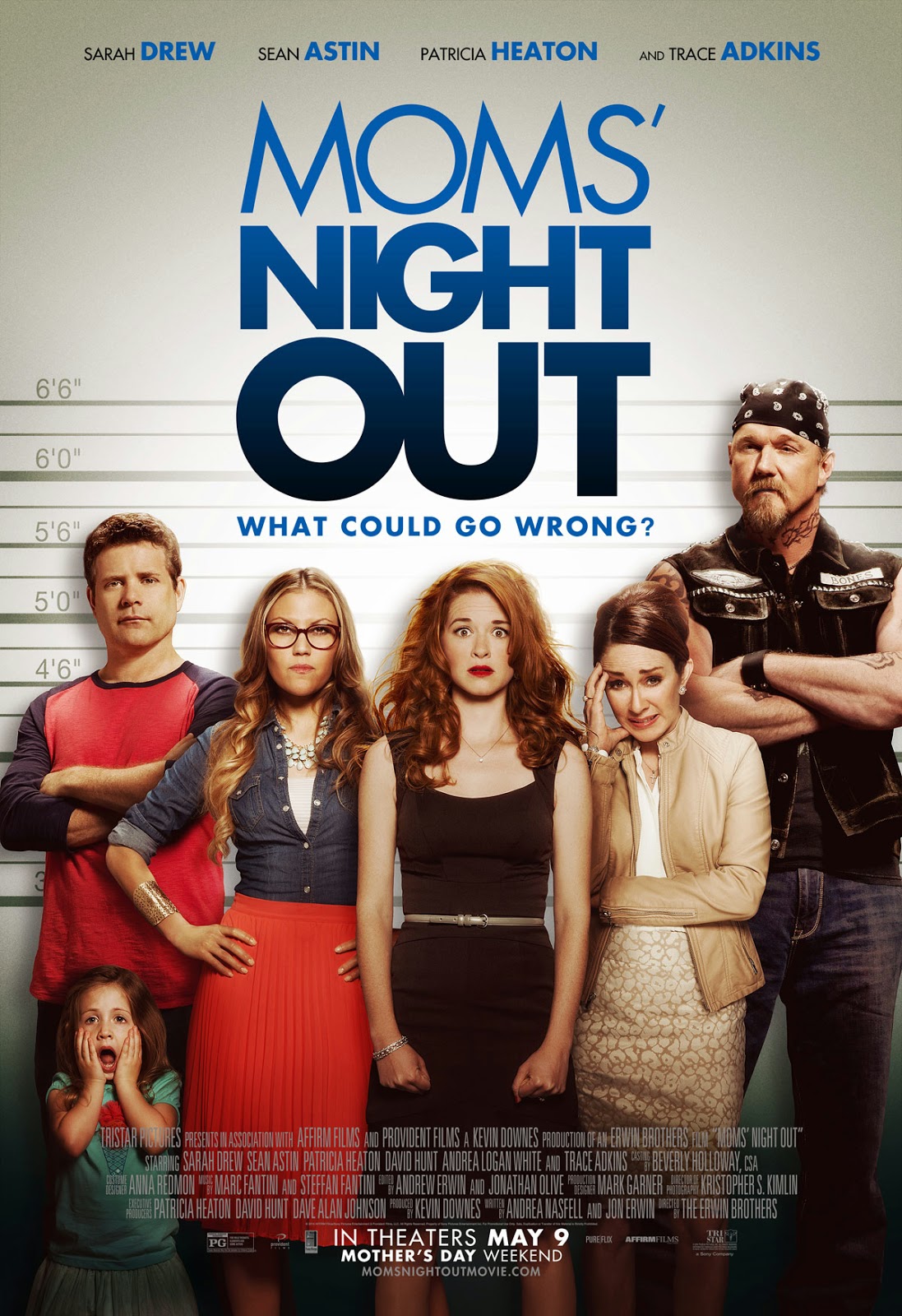 We normally know quite a bit before we go. For example, we were aware that “The Monuments Men” starred George Clooney and that it was based on a true story about recovering art the Nazis had stolen during World War II. We had looked forward to the airplane thriller “Non-Stop” because it featured one of Kathy’s favorites, the Irishman Liam Neeson, and one of mine, Michelle Dockery of “Downton Abbey.”
But I knew next to nothing about “Moms’ Night Out.” Busy at work, I hadn’t found time to read about it.
I suggested going because it’s rated PG (that’s a plus when you’re eating popcorn with your mother-in-law) and because Patricia Heaton is in it. We liked her as the mom in “Everybody Loves Raymond” and now in “The Middle” and also because she’s an outspoken Christian, not common in Hollywood.
Still, I had no idea “Moms’ Night Out” is a “Christian movie.”
I hope that label doesn’t scare anyone away, because it’s hilarious. I’ve rarely heard so much laughing. Oh, yeah, I hope this doesn’t scare anyone away, either: It’s a chick flick.
But it’s a chick flick with a car chase and deep-voiced Trace Adkins playing a tattooed biker.
The point here is that the trend I mentioned last month continues. Here’s a film with recognizable actors, professional production and a decent script that also is comfortable mentioning God in a positive light.
Heaton plays a Baptist pastor’s wife, for goodness sakes, and the first few sequences show her and her family getting ready for church, her teen daughter whining and Heaton greeting fellow members in the church lobby. It could have been set in scores of churches in the Texas Panhandle.
The three tired, overworked women who take the “moms’ night out” know each other from church and a women’s Bible study.

The review at rogerebert.com trashes the movie, taking the narrow view that these moms don’t reflect the modern working woman. But those three delightful characters sure reminded me of a lot of West Texas women I know.
The largely female audience that almost filled the theater (yes, guys, I admit I was one of the few males) certainly seemed to relate. And how often do you hear applause at the end of a comedy?
In one scene, the tough Adkins gives poignant advice to the main mom, played by Sarah Drew (formerly of “Grey’s Anatomy” and “Mad Men”). He tells her that Jesus loves her just as she is, so she doesn’t have to be the perfect mother.
Yes, he mentioned Jesus. That may be another reason the crowd clapped when the credits started.
Patricia Heaton, also a producer of the film, realizes that the way to influence the culture is to create wholesome things, not just bemoan those that are eroding society. I’m sure she knows Matt. 5:16: “…let your light shine before others, that they may see your good deeds and glorify your Father in heaven.”
Her project is just a silly comedy, but it sure had a positive impact on our night out at the movies.
Posted by Mike Haynes at 1:35 PM
Newer Posts Older Posts Home
Subscribe to: Posts (Atom)