By Mike Haynes
The Texas Panhandle may not be known as a haven for authors, but we’ve had a few good ones pop up the past 100 years or so, and two of them have notable books out now.
One’s a novel and one’s a reference book, so they really have only one common element: spirituality.
If you know the soil and the grass of area farms and ranches; or if you appreciate unrequited love and relationship dilemmas; or if you’re into World War II aircraft and Nazi intrigue; or if you 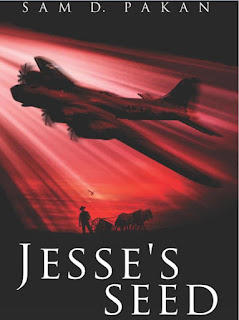 ponder heavy questions about God; or if you just like writing that describes all of the above in descriptive, poetic ways, you might want to try “Jesse’s Seed,” a fictional saga by Sam Pakan (late 2015, Athanatos Publishing Group).

Pakan grew up on a ranch near Shamrock, so the introduction of his main character, David, and David’s disapproving father, Jesse, is full of sweat and hot sun and horse-training tools such as hackamores and halters. It feels accurate for the early 1940s, and it’s expressed lyrically:
“A squeal quivered on the heavy air. David sank his ax into the cedar, turned to see a colt skitter along the road, black as tarnished silver, every line an echo of perfection.” “David pulled a rope from the saddle and tied it to an oak that held its weight like wisdom bending toward the water-smooth sand…”
The story flows from the ranch to Army basic training to a B-17 bomber gunner’s perch to the French resistance to cat-and-mouse schemes with a Nazi officer. Baby-boomer Pakan didn’t experience the WWII details himself, but it’s obvious his research was extensive. He learned from Commemorative Air Force experts how a gunner’s knees press against Plexiglas, how a flight crew used the onboard intercom. 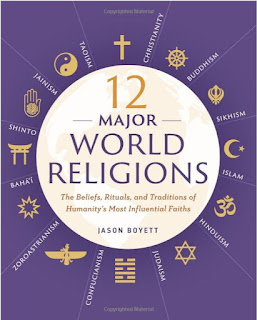 Through it all, characters emerge that the reader cares for, which might be the key that keeps pages turning. David longs for the wife of his best friend, a minister back home. He regrets his biggest mistake. He trusts his new best friend, a soldier named Bear. And constantly on his mind is another friend, the black stallion Dancer.

I wouldn’t call “Jesse’s Seed” a Christian book, but a good story with Christian elements. David struggles with a lack of confidence in himself and in God, and the author maintains a restrained touch as he develops questions of faith. David understands that his magnificent horse knows nothing of the divine, being satisfied with nature and freedom. “But man was born hungry for something more,” David thinks, “something that made him discontent with only what he saw and tasted and felt.”
The only frustration with this thoughtful, suspenseful novel is that some plot lines remain hanging at the end. That’s because Pakan plans to release a sequel soon.
Amarillo native Jason Boyett’s latest book is “12 Major World Religions” (2016, Zephyros Press), a straightforward reference work with basic facts and explanations of faiths from Christianity to Zoroastrianism.
Boyett’s background is Christian, but he’s trained in journalism, so he has done a good job of researching and reporting in a neutral way on key aspects of all 12 religions in the book. For each religion, he includes a timeline and summarizes major beliefs, major texts, ceremonial practices and key people in that faith’s history. For example, the Judaism section briefly identifies 12 figures, from the patriarch Abraham to Golda Meir, the Israeli prime minister who died in 1978.
The author offers brief predictions for the future, and as a bonus, he throws in sections on the ancient religions of Egypt, Greece, Rome and the Nordic region.
Boyett has written more than a dozen books, and his style sometimes is a little irreverent and definitely chuckle-inducing, such as in his other 2016 release, “Greek Mythology: Timeless Tales from the Ancients.” This time, he sticks to the facts, but the book has a more lively style than, say, the comparative religion textbook I read in college in the 1970s.


And it has pictures.
Posted by Mike Haynes at 1:06 PM
Newer Posts Older Posts Home
Subscribe to: Posts (Atom)