By Mike Haynes
“ And if Christ has not been raised, your faith is futile; you are still in your sins. Then those also who have fallen asleep in Christ are lost. If only for this life we have hope in Christ, we are of all people most to be pitied.” (I Cor. 15:17-19, NIV)
Plenty of people do pity those of us who believe that Jesus Christ of Nazareth died on a Roman cross, was buried in a nearby tomb, came alive again and interacted with many people for 40 days before ascending into heaven. Some just don’t buy it. 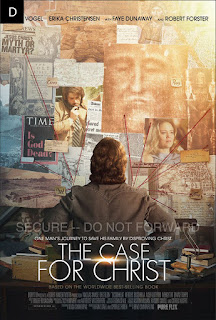 If Jesus’ effects on us are limited to this material world, the King James Bible puts it, “we are of all men most miserable,” and the Message version says, “we’re a pretty sorry lot.”
The physical resurrection is the foundational belief of Christianity and the historical event that followers of Christ celebrate on this Easter Sunday. C.S. Lewis wrote in his 1947 book, “Miracles,” that for the first-century disciples, to “preach Christianity meant primarily to preach the Resurrection.”
It’s a key element in the current movie, “The Case for Christ,” which recounts real-life newspaper-reporter-turned-minister Lee Strobel’s journey from atheism to faith. While the film, based on Strobel’s 1998 book of the same name, probably will draw mostly a church crowd, several reviewers have indicated it’s subtle enough to appeal to thoughtful skeptics.
“The atheists and nonbelievers in ‘The Case for Christ’ don’t have horns and tails, or even mustaches for twirling,” wrote Steven Greydanus of the National Catholic Register. “The conflict turns on faith and unbelief, but believers and unbelievers aren’t cast as natural enemies.”
The movie shows Strobel as a successful 1980s Chicago Tribune reporter who, when his wife becomes a Christian, sets out to bring harmony back to their marriage by proving that Christianity can’t be true. His interviewing and reporting skills result in a conclusion he didn’t expect.
Strobel went on to lead the Willow Creek church in a Chicago suburb and currently is a teaching pastor at Woodlands Church in the Houston area, where he also teaches at Houston Baptist University. He followed “The Case for Christ” with several other “The Case for…” books. In “The Case for Easter,” a 95-page excerpt from the first book, he focuses on the resurrection.
Strobel interviews experts in three areas: (1) medical evidence showing that Jesus could not have survived the cruelty of the cross, (2) the reliability of accounts that his body was missing from the tomb and (3) the evidence that Jesus was seen alive after his death.
Some of that material is presented in the current movie.
Another objection to the truth of Christ’s resurrection is that similar accounts exist of gods in other religions. Dr. Craig Blomberg of Denver Seminary shot down that argument during an interview with Tommy Politz at Hillside Christian Church last week.
Blomberg said the resurrection stories most similar to that of Jesus all are post-Christian. “If anybody’s borrowing from anybody, other religions in the Greco-Roman world were trying to make a way for themselves by looking like Christianity,” he said. 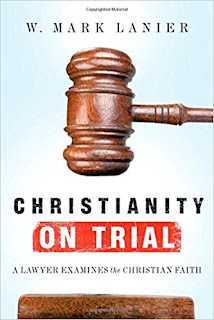 “Not one of them, before or after, ever even claims that a man, known to have lived during the lifetime of people still around – there’s no question about his humanity, not some mythical character of old – was seen bodily raised from the dead.”
Lubbock native and Houston trial attorney Mark Lanier also addresses the issue in his 2014 book, “Christianity on Trial.” Using legal arguments, Lanier shows the likelihood that the gospel accounts of Jesus’ death and resurrection are true. But he also looks at the why.
“Christ’s death allows a just God to set aside the immorality and impurity of humanity and accord humanity a resurrection into perfection, just as Christ was resurrected. …
“It was not some harebrained idea concocted by a few fishermen, a tax collector and a budding rabbi that somehow caught fire amid a dreadful and documented persecution, finally arriving three hundred years later as a legal religion. It was the facts – no more and no less.”


Some Christians refer to Easter as Resurrection Day, which is fitting. For those who believe in the message of Jesus, it’s a day to rejoice not only that he defeated death, but that he did it for us, too.
Posted by Mike Haynes at 5:26 PM
Newer Posts Older Posts Home
Subscribe to: Posts (Atom)