As rich as the arts already are in Amarillo, they are about to resonate more with a three-day community event that will give area filmmakers, musicians, performers, visual artists and writers a chance to show off their talents.
And because the first Amarillo ArtsFest is intended to reflect the entire community, it’s a given that some faith-related handiwork will be included.
One highlight of the May 10-12 festival at the Arts in the Sunset complex at 3701 Plains Blvd. will be a showing of “The Gospel Music of Johnny Cash: A Story of Faith and Redemption,” produced and directed by Amarillo native Michael Merriman. The documentary will be part of the 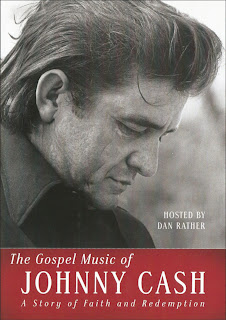 Saturday activities, according to one of the organizers, Kirk Manton.

“Michael was one of the premiere music video producers in Nashville in the 1980s,” Manton said. “He produced more than 200 videos. The Cash family invited him to produce a film that would focus on Johnny’s spiritual journey of redemption. It shows a whole other side of Johnny Cash.”
The film, narrated by Dan Rather, stresses that despite Cash’s legend status in country and rockabilly music, his roots were in gospel music, and he never left those roots. The 1½-hour documentary was released in 2007 but should be of special interest in Amarillo because of Merriman, who has returned to his hometown. It includes several heartfelt Cash performances, including his early “I Was There When It Happened,” his popular version of “Peace in the Valley” and the soulful “The First Time Ever I Saw Your Face.”
ArtsFest will feature Saturday screenings of many films and videos produced or directed by local filmmakers, Manton said, including “The Kurdish Factor,” a documentary written and directed by former Bushland resident Roger Lindley; “Less < Than,” a film about poverty in America produced and directed by Amarillo High graduate Patrick Kemp; “Edge of the World,” the drama about Boys Ranch whose writing credits include Amarillo native Charla Driver; and “Hurdle,” which was to premiere this week at the Dallas International Film Festival.
“Hurdle,” directed and co-produced by former Amarillo resident Michael Rowley, chronicles the creative efforts of two young Palestinian men to cope with the restraints and frustrations of living in the Israeli-occupied Palestinian territories.
Sami, 24, coaches a sport called parkour in Jerusalem. Parkour, defined by Webster as “the sport of traversing environmental obstacles by running, climbing or leaping rapidly and efficiently,” is Sami’s way of teaching young people “to overcome fear and political danger” in the shadow of immense concrete walls that separate Palestinians and Israelis.

Mohammed, 26, lives in a refugee camps and uses photography to tell human stories of that experience as well as teaching children “to use photography as an escape from daily pressures.”
“Michael really wants it to not be a political film,” Manton said. “He wants to show how these guys use their creativity to overcome their circumstance. It’s not a critique on the circumstance.”
Friday night of ArtsFest will include a film community reception hosted by the Guild Fellowship, a network of Christian technical media arts people led by Manton, and the Amarillo Film Office, headed by Kashion Smith.
Part of the Sunday afternoon offerings will be screening of nonprofit films and a segment for church-created videos.
ArtsFest is a communitywide effort focusing not only on film but on all the arts. The three-day festival also will feature Texas women artists, a concert by Insufficient Funds, a live “Hey, Amarillo” podcast by Jason Boyett, arts and crafts vendors, a “Little Picasso” children’s area, a food truck alley and literary and poetry events. Sponsors include the Ann Crouch Foundation, Center City, Texas High Plains Writers, the Convention and Visitor Council and corporate sponsors. Two young visual artists, Landon Foster and Michaela Pelton, will be among many displaying their work.
Manton said the organizers want to include all of Amarillo, Canyon and the Texas Panhandle.
“Part of the mandate is that this reflects the community, and so much of the arts comes out of the church,” he said. “I’m sure more videos come out of the church than anywhere in Amarillo, and the church certainly is involved in much of the film, music and literary efforts.
“This event always will represent the community equally, but it’s a challenge to artists in the church to stand up and get involved and support it.”
Details about ArtsFest can be found at amarilloartsfest.com. It sounds like the May 10-12 happenings will have something for everyone, including those for whom faith is important.