In August 2019 issue of Upbeat Reporter (available free at Toot 'n Totums and at Amarillo and Canyon United Supermarkets). This column is different from the one about Israel published in the Amarillo Globe-News.
Walking where our faith was born


By Mike Haynes
When I pray, I often thank God that Jesus came 2,000 years ago to teach us how to live and to save us from sin. I also offer thanks that even though Jesus no longer is on this Earth in bodily form, he still is with us in at least three ways: through God’s Word, the Bible; through Christ’s body, the church; and through the Holy Spirit.
My wife, Kathy, and I were blessed this year to be able to visit the land where Jesus lived, died and rose, and it struck me that this small country – the size of the Texas Panhandle – is where all three of those manifestations of God’s presence were born.
Visiting Israel can provide new perspectives. Just standing on the shore of the Sea of Galilee is an emotional experience, because you know Jesus and his disciples were at or near the same spot, and when you read scripture such as Matthew 1:16, you know what it looked like when Christ
summoned Simon Peter and Andrew as they cast nets near that rocky shore.
Looking up at the lofty, green hills at Tiberias or standing in the deep Jerusalem valley between the Mount of Olives and the Temple Mount help you visualize the rugged terrain Jesus and his followers had to deal with as they walked between those locations whose names are so familiar to Bible readers.
And it’s remarkable to think that God’s Word took physical form in that place. From Moses to Matthew to Paul, scripture was created or first circulated in the lush hills of Galilee to the desert of the Dead Sea.
Our group of 75, most from Washington Avenue or Hillside Christian churches in Amarillo, saw some of the caves near the salty Dead Sea where the oldest known copies of Hebrew scripture were found by a shepherd boy in 1947.
Looking for a lost goat, a Bedouin boy stumbled upon clay jars that contained leather scrolls in a cave of the barren Qumran mountains. About 1,100 more documents, some made of papyrus and a few of copper, and 100,000 fragments from the third century B.C. to the first century A.D. eventually were found in 10 more caves. The most impressive is a 24-foot scroll that contains the entire book of Isaiah. Its text is virtually identical to the previous oldest copy of Isaiah, from 980 A.D., proving the reliability of scripture through the centuries.
Kathy and I also visited the Shrine of the Book in Jerusalem, where the Isaiah document and other Dead Sea Scrolls are stored. Seeing such physical evidence brings thoughts of the care and sacrifice that God’s followers have given through the millennia to pass the message from generation to generation – copied by hand, then printed and now transmitted digitally.
And those words first were recorded in this small country on the Mediterranean Sea.
A tour of Israel takes you to scores of sites where Jesus’ first followers lived, walked, fished and preached. It’s easy to picture the charismatic son of Joseph and Mary standing near the top of a grass-covered hill overlooking the Sea of Galilee with thousands of people taking in the words that we call the Sermon on the Mount. Tour guides point out a location where the acoustics are perfect for Jesus to have declared, “Blessed are the poor in spirit, for theirs is the kingdom of heaven.” (Matthew 5:3)
Archeologists have uncovered a house in Capernaum, also near the Sea of Galilee’s shore, that most agree was the residence of the apostle Peter and where Jesus stayed after he made Capernaum his base of operations. A modern church has been built over the site, but it is suspended over the ancient stone-and-mortar ruins so that this house, turned into a church after Jesus’ time, still can be seen and studied.
The original Christ-followers – later to become the church – lived in that spot and worshipped
at the synagogue a stone’s throw away. And many consider Jerusalem, 120 miles south, to be the site where Christ’s church officially began (Acts 2).
The church exploded from Israel to its current worldwide count of 2.3 billion, according to the Pew Research Center.
The event that Luke recorded in Acts 2 was the coming of the Holy Spirit that Jesus had predicted. The disciples heard a sound like a violent wind, saw “tongues of fire” resting on each of them and spoke in languages that foreign visitors could understand.
God had sent the Holy Spirit to be with his people after Jesus was resurrected to heaven. And as miraculous as that day was, it happened in a physical place on the same Earth where we live, in the city of Jerusalem, which we can visit and where we can see some of the stones and stairs and building foundations – and the same steep hills and deep valleys – that were there on that historic occasion.
Our group from Texas sensed the Holy Spirit in St. Anne’s Church, built in the 1100s a few feet from Jerusalem’s Pool of Bethesda. Sharing space with other tour groups – from various countries, like those present on Pentecost – one group began singing “Nothing but the Blood of Jesus” in English. We joined in, as did other groups, and the voices sounded angelic in the perfect acoustics in front of the altar.
I’m thankful that we got to see the oldest example of God’s Word that scholars know about, walk where the first believers walked and feel the same Spirit that first descended from heaven to the Holy Land.
You don’t have to visit Israel or see physical proof of the locations, people and events described in the Old and New Testaments. But when you do, it can add a dimension to your Bible study, to your understanding and even to your prayers.
And it can be a reminder that Christianity is based not on fanciful stories or on farfetched mythology but on events that happened to real people in real time in a real place.


By Mike Haynes
When Jack Malik quietly sings one of the Beatles’ masterful ballads at a picnic table on an English beach, his friends stare at him and his guitar, mesmerized. As he finishes with “Now I long for yesterday,” his longtime mate Ellie can say only, “Oh, my.”
It’s the first time any of Jack’s listeners have heard the song, and they assume he wrote it. 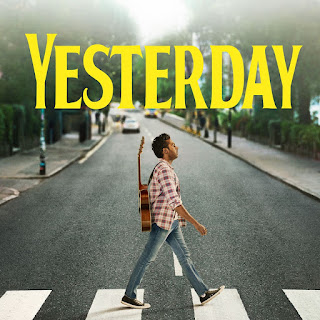 The scene summarizes the premise of this summer’s film, “Yesterday,” in which the world has experienced a global blackout at the exact moment Jack is hit by a bus. Out of the hospital, he soon discovers that he apparently is the only person on Earth who has heard of the Beatles.
When he reminds his friends that Paul McCartney wrote “Yesterday,” one replies, “Who?” Jack goes home to Google “Beatles,” and a picture of a creepy-crawly beetle pops up. He searches for “John Paul George Ringo,” and he gets a photo of Pope John Paul II.
It’s the movies, so if you suspend belief and go with the science fiction/magical plot, you can have a fun time seeing how people react joyfully to the explosion of “She Loves You” and “I Want To Hold Your Hand,” which they think is Jack’s new music.
The story is a “supposal,” a term C.S. Lewis used for his “Chronicles of Narnia.” What if something similar to Christianity happened in a land called Narnia?
What if a struggling musician claimed the Beatles’ music as his own and everyone believed him?
And what if no one had heard of Jesus until now?
Seeing the excitement on people’s faces as they first hear “Help!” or “I Saw Her Standing There” must pale compared to the joy and exhilaration of Galileans when they witnessed Jesus’ first miracle or those in Jerusalem when the Messiah rode into the city on a donkey. Or even more mind-boggling, when the disciples saw and touched the man they had seen die on a cross – alive after three days.
Two thousand years later, we too often take for granted who Jesus is and what he has done. 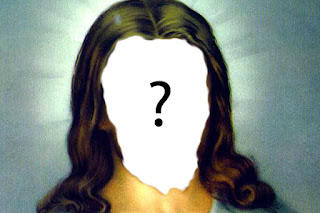 Yes, many are elated when they first see the light of salvation, but then we sometimes become too laidback and apathetic about the greatest news in history.

What if the Christian message had not been passed down from generation to generation? What if we had never heard of the Bible? If suddenly, this Jesus showed up with his message of love and hope, if we heard his Sermon on the Mount for the first time, would we be amazed? Maybe.
The Spirit of God does still inhabit Christians and does inspire us to do great and loving things. But we humans don’t always let the Lord lead. We forget how energizing Jesus was in the first century and how he can be today if we let him.
Whether we hear about Jesus for the first time or we’ve grown up in church, we do need to be sure we get the message right. In the “Yesterday” movie, Jack is recording his supposedly new song, “Hey Jude.” His pop music benefactor, Ed Sheeran, suggests that a better title would be “Hey Dude.”
No, that wouldn’t do.
Someone unwittingly messing with the Beatles’ words is funny, but distorting God’s Word would be serious business. We’re blessed that we don’t have to guess. Scripture hasn’t been erased by a global outage. We have it in writing.
Like the first, lone, chord of “A Hard Day’s Night” spurs musical anticipation, it would be nice if hearing Christ’s Great Commission (Matthew 28:19-20) would fire us up to spread the Good News today, tomorrow and beyond.
* * *
Mike Haynes taught journalism at Amarillo College from 1991 to 2016. He can be reached at haynescolumn@gmail.com. Go to www.haynescolumn.blogspot.com for other recent columns.